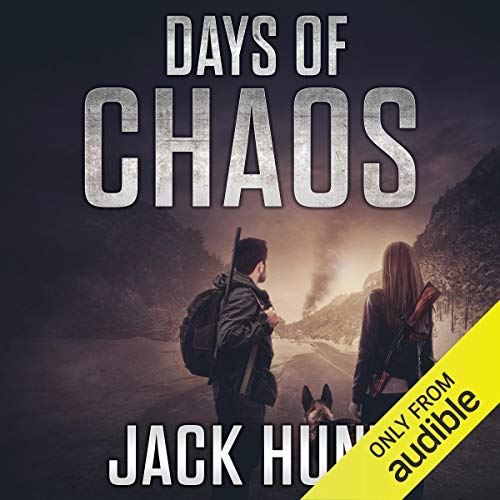 Would you still survive 15 days without power?

After the lights went out across the nation, Elliot, Jesse, Maggie, and Damon fought off desperate people as they made their way back to Lake Placid. Rayna barely survived an attack by home invaders, and Gary struggled to maintain order in a town gripped by panic.

Now together, they must face the consequences of their actions and fight through days of chaos. Damon knows Magnus won't stop until he finds those responsible for the death of his cousins. He knows Cole will do whatever it takes to survive.

A trip into Keene may prove to be more deadly than he imagined. Will he stand with those who helped him or side with those he's known the longest?

When a string of murders occur throughout Lake Placid, Gary and Elliot must face an unknown danger. With looters and raiders going wild it's only a matter of time before they lose control. How many must die before they throw in the towel and protect their own?

Days of Chaos is the second audiobook of an EMP, post-apocalyptic, survival thriller series. It's a powerful, action-packed story about the ones we leave behind and the risks we must take to survive.