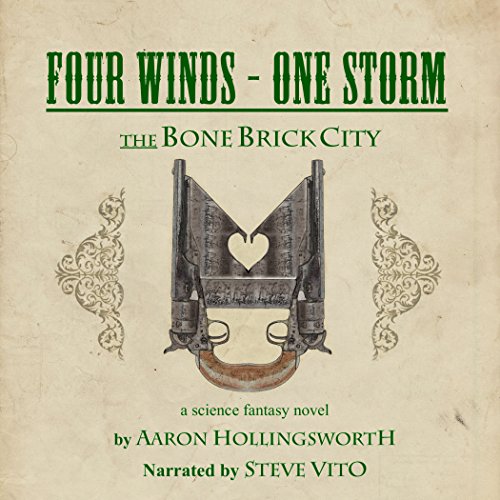 Every city has its dangers. But in the city of Embrenil, the thieves steal eyesight as well as coin. No one knows why its citizens are being mystically blinded. Is it merely a way to make victims easier to rob? Or are these blindings part of a greater conspiracy? With no leads and options limited, the Embrenil Civic Police enlist the aid of four supernatural individuals to solve the case and combat the dark powers of the Mystic Mafia. This first volume in the series introduces a team like no other as they seek answers, get wrongly accused, get drunk, get lucky, fight undead assassins, protect a vain beer baron, battle powerful theurges, fall from high places, and learn the secrets that threaten the entire city. In a world where anything is possible, the truth becomes harder to find.

This is the first volume in the Four Winds-One Storm saga.