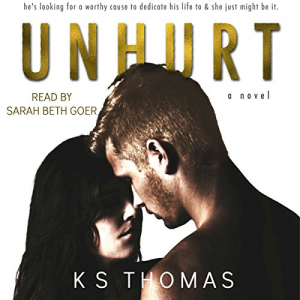 Joss Kelley's life has never been easy, but these days she's quite confident when it comes to rolling with the punches. No matter who's throwing them. So when her son's father shows up out of the blue, threatening to take him, Joss stops at nothing to sway the judge in her favor. Even if it means making impromptu marriage proposals to random strangers she finds sitting in her brother's bar.

After 9/11 Derek Tice knew exactly what he wanted to do with his life. Until six months ago, when he was honorably discharged after spending 13 years as a Navy SEAL. Now, with no more operations to plan or missions to complete, he's feeling strangely lost and useless. Since going back is not an option, he has no choice but to find a new worthy cause he can dedicate his life to.

Joss Kelley and her son just might be it.