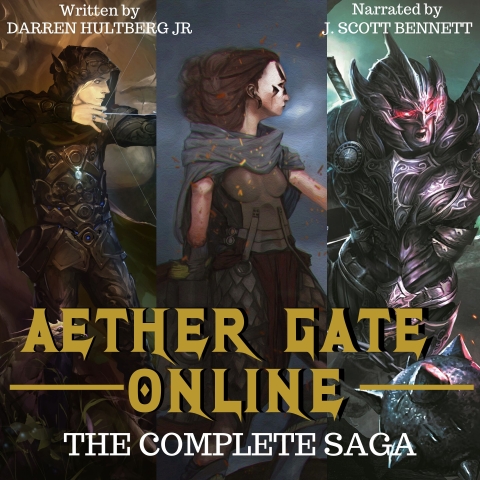 Raise your blade. Take up the mantle of Slayer.

Adam's life was anything but easy. With people at both school and home eager to make his life a living hell, the only place he felt like himself was in the virtual world. At least there he had some control.

When the newest VRMMORPG title gets announced, Adam and his best friend, Max, are more than ready to dive in. Launch day arrives quickly, and Adam is plunged into a world that's more immersive than anything he's experienced before. Although the game offers a bevy of character choices, Adam quickly chooses the title of Slayer, a class that specializes in taking down stronger, more difficult opponents.

Adam begins his adventure, but it's not long before he realizes there's much more at stake when taking a life in this new game. The pain is very real, and death...is permanent. Now, trapped in a virtual world, Adam must take the mantle of Zander Darkblade and brave the dangers of the Aether Gate.

It is a world of mighty creatures and fallen gods. A world where powerful familiars bond with their masters, granting them extraordinary powers they wield with uncanny force...and as Adam and the others will soon discover, it is a world of secrets that have lain hidden for far too long....

This set contains books one to three in the best-selling Aether Gate Online Saga:

The Slayer
The Blade Guardian
The Azure Warden