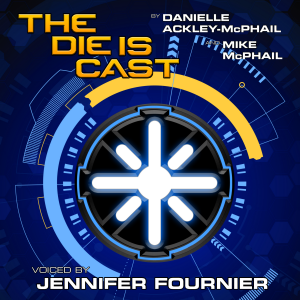 The Die Is Cast

Stories by Mike McPhail and Danielle Ackley-McPhail based on the 1986-96 military science-fiction role-playing game The Alliance Archives.

By the late 21st century, humanity has finally reached for the stars and established an off-world colony in the system of Tau Ceti, only to discover that man's greatest enemy is still man.

On the colony world of Demeter, ADF power-armored troopers and their Parr scouts fight a desperate, covert war against invading corporate mercenaries.

Even in the vastness of space, there is no room for lasting peace.