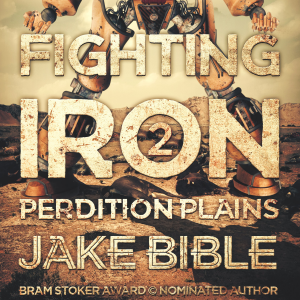 Barred from crossing the NorthAm border, Clay McAulay, his AI copilot Gibbons, and their battle mech are forced to flee into the warped and twisted territory of the Midlands. A desolate, dreary landscape filled with denizens of questionable character, the Midlands has the reputation of a place folks want to avoid on their travels.

Few ever enter, almost none ever leave.

Clay is quickly embroiled in a conflict between the townsfolk of Perdition Plains and a mad scientist who may have discovered the secrets to immortality. Clay tries to extricate himself from the volatile situation, but as always, trouble keeps its grip on him, and he is soon fighting against a foe he'd never thought possible: a mech made entirely of dead flesh!