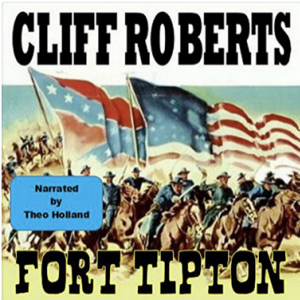 The exciting new dramatic Western from Best-Selling Western author Cliff Roberts! All the action, all the tension and all the greatness the Western can provide.

The first four days riding the trail proved to be boring and uneventful. The young Lieutenant spent the majority of his time silently riding, while Sergeant Weaver was busy barking orders at the troopers, mostly trying to keep them in line, as if they were in a parade, instead of out on the trail.

The four days of boredom hadn't improved Slate's attitude regarding the mission he was on, they had only provided him with plenty of time to think about the challenges he may have to face.

Plus, he'd was beginning to realize the escort he was with, was a troop of greenhorns. Not a single man had been in Indian Territory before. Slate knew this by the fact, not one man had made a single mention of the Indians trailing along with them. At times, there was just a single brave about 200 yards off. If you love action-packed Westerns you will not want to miss Fort Tipton by Cliff Roberts!