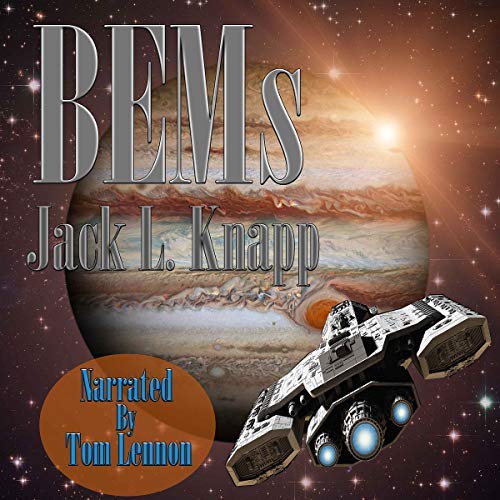 THE BUG-EYED MONSTERS ARE HEADED FOR EARTH!
The Flickers have a solution for raids; simply abandon the targeted world until the raiders have taken what they want, then return. It's not a problem when your species has millions of worlds and thousands of starships available to evacuate a threatened population!
Earth can’t do that; humanity has few ships and only one Terra. The only solution? Meet them in space and destroy the raiding fleet before they arrive.
But can the ‘BEMs’ be stopped?
Assault rifles, even pistols, are non-starters; spaceships have thin walls that are easily punctured. Not a problem for the BEMs, who were created as a kind of intelligent cross between a lion and a velociraptor!
Despite the odds, Chuck Sneyd and his ad-hoc group of special-ops veterans intends to try! And they have a few tricks of their own…
This book is specifically about the aliens nicknamed the Flickers introducing themselves to the humans. The Flickers have much more advanced technology than the humans including FTL and totally automated space ships. But the Flickers are not the only aliens out there.--Michael Lynn McGuire
Knapp is an outstanding action-adventure writer and I have enjoyed reading every title in his 'build a spaceship in your garage' series that began with The Ship. Recommended for both adults and YA readers.--T. Jackson King
I really have to hand it to this author. His eye for the science is way beyond the normal. I am an avid science fiction fan, have been for more years than I can remember. I love the epics by the greats - Arthur C. Clarke, Heinlein, Asimov, Ringo and now Chris Nuttall. Jack L. Knapp is, I think, about to join them. His science is believable, his characters real, his plots intriguing. Great reads. Well done, sir!--Blair Howard
Great read and a great romp. Worth the price or even double the price!--Stanford Bernheim

Book 4 in the New Frontiers Series