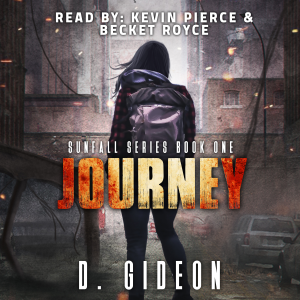 Ripley's a tomboy at heart who has never met a stranger. Her plans were to finish her veterinary studies and take her family to the country, where life wouldn't be such a struggle. She thought the worst she'd have to deal with at the University of Maryland were the unwelcome advances and attitudes of affluent students, and the occasional East Coast hurricane.

She never expected the sun to fall down.

An immense coronal mass ejection, the likes of which the modern world has never seen, blankets the Earth and destroys the power grid worldwide.

Ripley has no communication with her family at home and - thanks to the University's zero-tolerance policy - no weapons to protect herself. Society is becoming increasingly panicked and desperate, and the government seems slow to respond.

The world, as she knew it, has ended. A new world of lawlessness, betrayal, and scarcity is beginning.

Can she become the woman she needs to be so that she and her friends can make it home?

With the thin veneer of a civilized society collapsing, can she even survive?