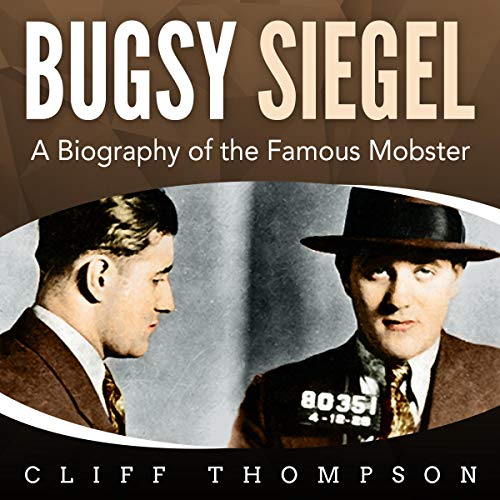 Bugsy Siegel: A Biography of the Famous Mobster

Discover the life and crimes of the legendary mobster Ben Siegel.

Nicknamed "Bugsy" and one of the most feared criminals of his time, the life of Ben Siegel was filled with violence, scheming, and organized crime that shaped the American underground crime scene forever. Now, this biography peers behind the curtain of Bugsy Siegel’s life, unveiling the gripping and violent story behind this famous mobster.

From his youth and rise, to becoming a vicious hit man, to his bootlegging years during Prohibition, you’ll discover how he founded Murder Inc., became a driving force behind the casino boom in Vegas, and managed to flout the law for decades. Covering his turbulent career, his celebrity-like status, and his untimely and unsolved death, this biography offers a unique and insightful look at the life and crimes of Ben Siegel.