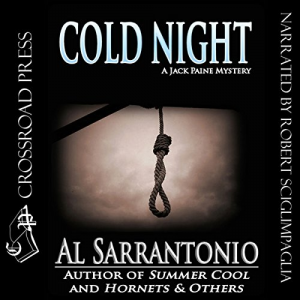 It wasn't the worst sound Paine had ever heard, but it came very close - a single strangled cry, and then a terrible gasping, then the sound of the receiver banging against a table leg again and again. Paine's caller had said that he was going to hang himself; the private detective didn't have time not to believe him.

In a haunting novel of detection which calls to mind the writing of Ross Macdonald, Al Sarrantonio has created an investigator whose search uncovers clues about his own past and a crime that has its roots in secrets not only thought buried, but lost as well.