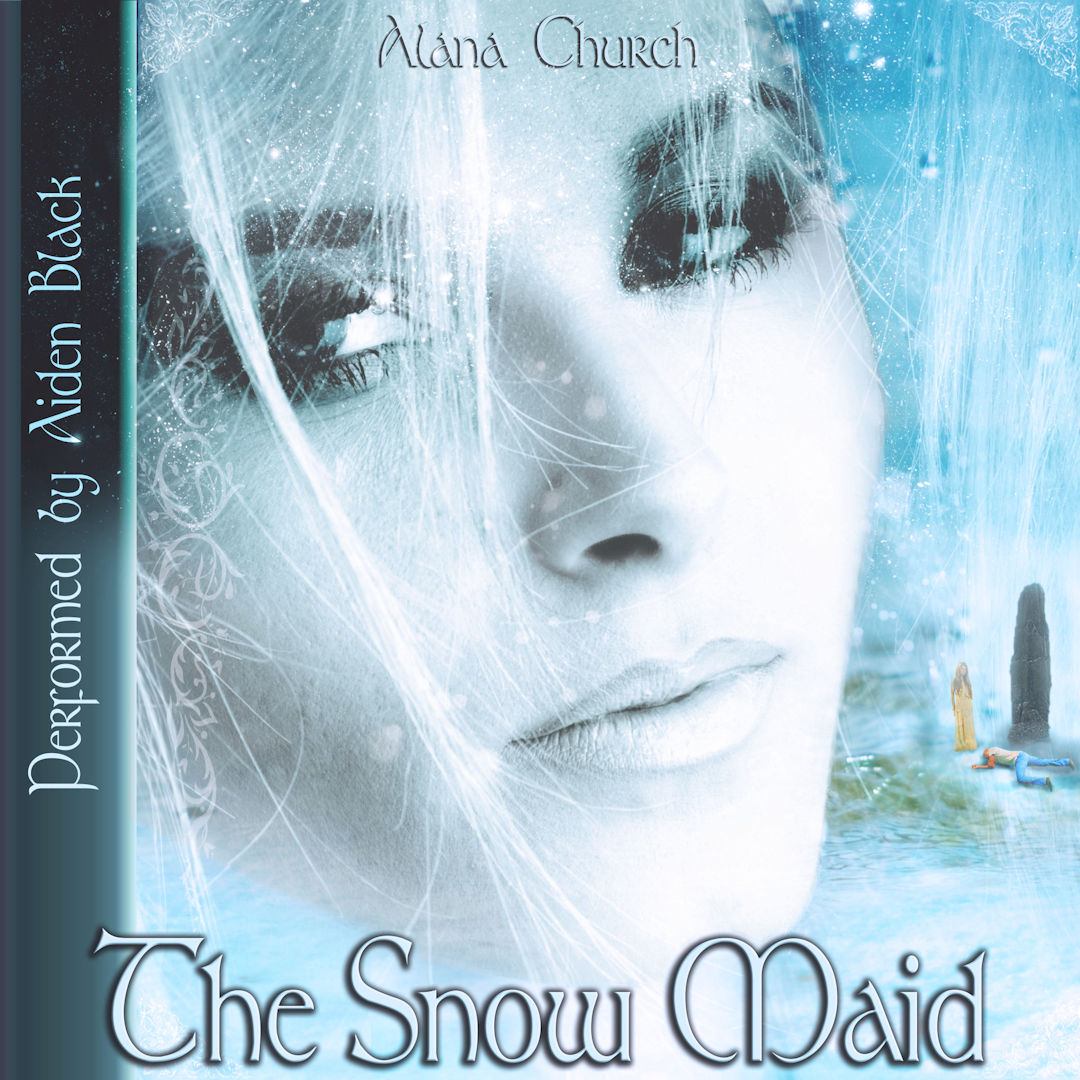 Bill Carter was starving and dying of exposure when he fell asleep by the standing stone in the Russian Arctic. Sacrificing his life to save his friends, he never expected to wake up, warm, safe and healed, in the presence of the immortal Snow Maid.

Polina had been alone for decades, her youth slowly draining away as belief in her faded in the world above. She had taken Bill's life in trade for those of his companions. Will the heat of their passion ignite an eternal love, or are the differences between them too great?

“Stop it stop it stop it!” she gasped, still giggling, barely able to get the words out. She slowly got control of herself. She stood up, Bill helping her. Then he stood back, looking at her with astonishment.

She was visibly growing younger before his very eyes. As he watched, the last remnants of crow's feet vanished from her eyes and the corners of her mouth. Faint age spots disappeared from her throat. Pale gold hair flowed like a molten river down her back, without even the slightest trace of gray. Her stomach shrank, the last remnants of her belly disappearing as her waist drew inwards over the curved swell of her hips. Her bosom tightened, breasts rising round, high and firm from her chest, with not the faintest hint of a sag.

She was amazingly, radiantly, incandescently beautiful, as awe-inspiring and terrible as a blizzard on the plains.

She caught his shocked gaze. Her hand flew to her face and a sudden inward look came over her as she delved deep into the spirit world.

“Oh,” she said. “Oh my! Oh!” Her eyes grew wide and soft, the pupils dilating with desire. She ran her hands down her body, gently wondering, mouth curving in a smile as she felt the loose fit of her dress over her belly, took in the place where the fabric of her bodice strained to contain her newly restored breasts. Her thighs shifted, rubbing against each other, and she made a pleased sound low in her throat as warmth grew in her womanly core.

She looked up again, glorious eyes shifting hues even as he looked, from ice gray to wintry blue to pale green. He flinched back in fear from her hungry gaze and she took a step away from him, eyes closing as she fought for control.

“My friend, please forgive me. I must leave you tonight. I must...I will see you tomorrow.”

A trifle unsteadily, she walked out of the room.

She was the Snow Maid again. After decades of forced celibacy and crushing loneliness, she had it all back. Power. Youth. Beauty.

And it would all be dust in her mouth if she didn't have the love of the small, strong, impossibly courageous young man who had captured her heart with his silent bravery, in the face of challenges that would have driven most men mad.

She could take him, she knew. Overpower his mind with the strength of hers. Use his body to slake her lust and break him to her will.

She shuddered in revulsion. No. He had done every task she set him to with a willing heart. She would not betray him that way. He was fond of her, she knew. He had been courteously polite with Grandmother, and she thought that his relationship with Mother was deepening into real friendship.

The joy she had taken in his silly, stupid jokes had torn through the barriers in the spirit world. The power that flowed from him to her had become a flood, raging through her, reversing decades of aging in an eyeblink.

Slowly, she took off her gown, taking sensual delight in the feel of the cold air on her skin...