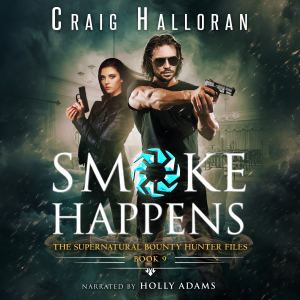 John Smoke is gone, and Sidney is determined to get him back at any cost. With the help of Sam and Guppy, her search leads her to a bizarre funeral home in Las Vegas, Nevada. It is there that she discovers that the deep well of secrets has depths that she couldn't even fathom. Another level of evil reveals itself.

Alone in the desert, she will need new allies to help her find the man that she loves. Kane has Smoke in his clutches. He wants him to suffer. He wants to break the bounty hunter's iron will.

How long can Smoke hold out against the seductions of Allison and the diabolical treatment from Kane? One thing is certain. When it's all over, Smoke will never be the same.