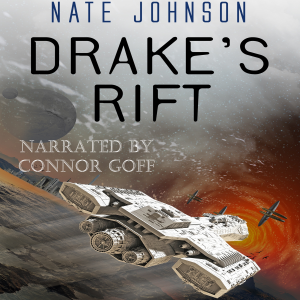 **Humanity's Existence Hangs In the Balance**

Admiral McKenzie is very aware that the continuation of the human race rests on his shoulders. Through grit, determination, skill, and deception he will use whatever or whoever he must to win. His fleet of starships and their crews are the best ever. But will they be enough to defeat this new threat.

Sergeant Dex Carter finds himself and a few fellow Marines behind enemy lines. He is tasked with holding the small village of Drake’s Rift, the key crossroads that might very well determine the outcome of the war.

Alicia Miller wanted adventure, but having aliens invade her home was not on her list. She and the people of Drake's Rift neve expected to become the center of an inter-galactic war. While providence may have thrust her into this role. Toughness and determination will see her through it.