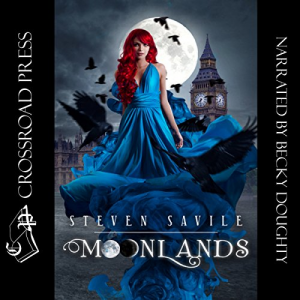 Editorial Reviews
"Carr's (Savile's ) writing is achingly beautiful and sweeps the reader away into a fantastic world they'll never want to leave. The story grips you by the throat and doesn't let go, leaving you hungry for more." (Debbie Viguie, New York Times #1 best-selling author of the Wicked series)

Fifteen-year-old Ashley has a complicated life. There's no doubt her overachieving parents love her, but they are wrapped up in their own worlds for so much of the time it leaves her feeling like she's alone.

Like a lot of teenagers, Ashley dreams of other worlds, but unlike a lot of teenagers, her world is about to collapse as rifts to an ancient fae kingdom begin to open all around her. With the arrival of a supernatural hit-squad intent on killing her, and an unexpected inheritance, Ashley's London is about to become a magical and mysterious warzone where the prize is Ashley herself.

Ashley has to find out the secrets of her own life before she is killed. Balancing ancient prophecies, schoolwork, and the love of her life is difficult to say the least! Take part of the wonderful world of Moonlands.