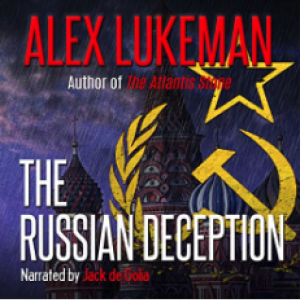 A coup in the Kremlin brings hardliners to power, men determined to take back territories lost with the fall of the Soviet Union. Billions of euros are flowing into Moscow from an unknown source, fueling a secret military buildup.

Director Elizabeth Harker sends the project team to the Balkans, where the Russian-backed president of Macedonia is suppressing a popular movement threatening to become a revolution. It looks like Moscow is meddling once again in Central Europe. But the reality is not what it appears to be.

Nick, Selena, and the team are caught up in a devious plot that takes the world to the brink of nuclear war. Who is funding Moscow's militaristic adventures and why? Can the team find a way to stop a confrontation between Russia and the United States before it starts? The stakes for Nick, Selena, Elizabeth Harker, and the world have never been higher. If they fail, civilization will be destroyed.

Failure is not an option....