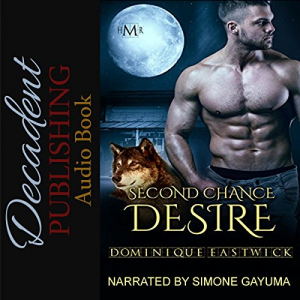 Knox Fort only wants to be left alone. Eight years ago, his world crashed when his mate walked out on him. After a stint in jail for a bar fight, he did the only thing he could. He emotionally closed off to everyone and everything. Now he is content to act as a sentinel for his pack and work at his auto garage.

When Emerson Kingston returns home to deal with her mother's estate, car trouble and ex-lovers aren't in the plans. But opening old wounds is sometimes the only way to move on, if moving on is possible with a man who has closed himself off to the world.

Fate is a wicked bitch who doesn't always care what you want. Can Knox and Emerson figure get their second chance, or will it kill them in the end?