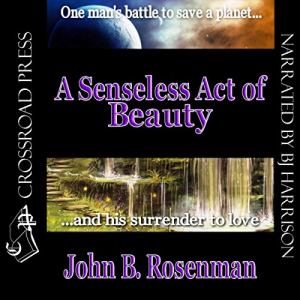 A Senseless Act of Beauty

Aaron Okonkwo, a Nigerian scientist, travels with a crew in the 24th century to evaluate Viridis, which proves to be a beautiful and fabulous world. There, Aaron discovers a strange, alien species and amazing machines and technology left in a vast underground complex by a mysterious race called the Creators.

Aaron soon falls under the irresistible, seductive spell of Nightsong, a green alien female with ominous and bewitching powers. However, an even greater danger rises. He will be forced to fight for the planet's survival against a ruthless invasion by a fleet of ships seeking to conquer and enslave the planet just as Africa itself was once enslaved. Aaron knows it's a senseless act of beauty to try to reclaim his ancient warrior heritage and fight back against such overwhelming odds, but he also knows he must try.