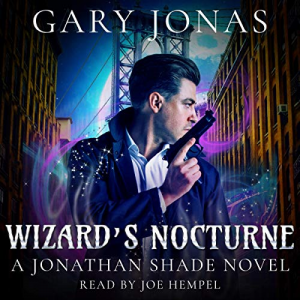 In the conclusion of the three-volume time travel sequence, Jonathan Shade is sent back to 1926 to kill an upstart wizard named Henry Winslow. Henry wants to die because in order to achieve his goal of immortality, he must first achieve resurrection.

Jonathan Shade and Kelly Chan are part of a larger plan playing out across time, and while Henry Winslow is a major player, there's someone else acting as the mastermind, and his name is Jonathan Shade.

Shade's plan relies on changing the way things happened in the 1920s...but if things change too much, there won't be a future to which any of them can return.