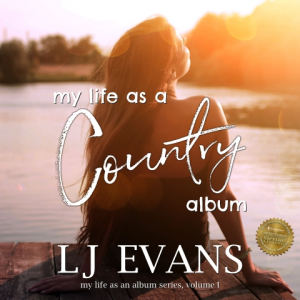 my life as a country album

They said we were soulmates...and we were. Even the stars agreed. But fate did not....

Tomboy Cam Swayne is determined that football hero, Jake Phillips, keeps his eyes firmly on her. After all, she’s been his since before she was born.

Cam has grown up so close to Jake that it’s as if she’s his left arm. They’ve played together on the street and at the lake since she could walk. Plus, they’ve saved each other in some pretty miraculous ways that even their parents found hard to believe. So, it’s only natural that, when hormones kick in, Cam feels like Jake belongs only to her.

Jake doesn’t admit it to anyone, but he’s only himself when the girl next door is at his side. Even though he’s three years older than her and there’s a whole string of reasons for them not to be together, he can’t seem to walk away from the one girl who makes him feel whole.

"Loving you was a race I was determined to win."

Inspired by Taylor Swift songs, comes the award-winning coming-of-age novel about aching love and loss and learning to live again.