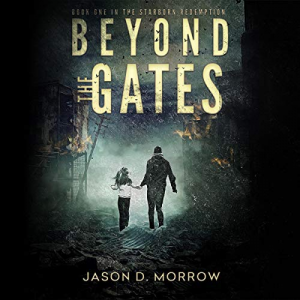 The Containment Zone is a 500-mile radius surrounded by mountains and closed in by gates. No one can leave, and anyone who tries will die. Within are lawless bandits, corrupt soldiers, and once-human greyskins that hunt down people to spread the virus. Some say the Containment Zone is where the greyskin virus originated. Others say the people inside are little more than lab rats being studied by the nefarious Screven government.

When 12-year-old Skylar and her father, Liam, are caught trying to escape, they are taken to Vulture Hill, a government prison camp no one has ever left alive. Inside the prison, Skylar learns that the facility is little more than a testing site for finding people of a certain bloodline - the Starborn. These are people with special powers that manifests in various spectacular ways, and Screven wants to exploit them.

Skylar has always known there was something special about her family. For years, her father has had the ability to completely numb pain with just a thought. Lacerated skin, broken bones, they can all be ignored with enough concentration. Learning that her father is a Starborn means Skylar is probably one too, placing them both in extreme danger.

Now, father and daughter must do the impossible and break out of a prison known for killing so many. But Liam has leverage the government may be willing to buy - the cure for the greyskin virus.