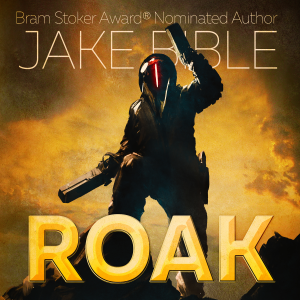 There are thousands of bounty hunters across the galaxy. Solid professionals that take jobs based on the credits the bounties afford. They follow the letter of the law so they can maximize those credits.

No criminal or military records. No files or folders with his name on them. No cybernetic implants to track. No proof he even exists except for a reputation for getting the job done. Roak is the bounty hunter called when someone is looking for the opposite of licensed, bonded, legal.

Now someone has ignored his reputation and made a very big mistake.

Double-crossed and left to die, Roak survives and sets out to exact vengeance and get paid what he is owed.

But he's not unreasonable.

While his fee may have just gone up, the bloody, brutal revenge is on the house.