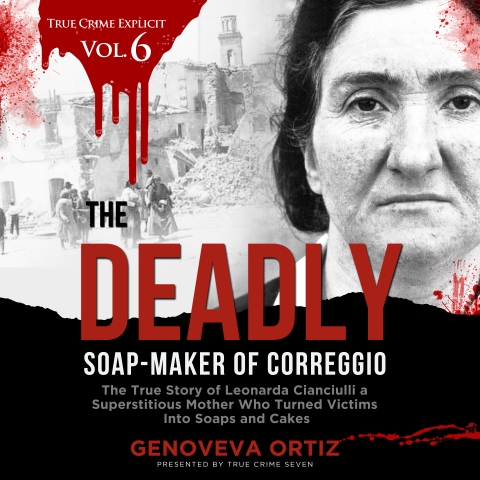 The Deadly Soap-Maker of Correggio

From suicide attempts, to claiming her mother cursed her, to miscarriages and losing ten of her fourteen children, Leonarda’s life wasn’t easy. Protecting her four surviving children became something of an obsession for the woman. Perhaps tragedy loosened her grip on reality, or maybe the fear of losing her oldest to war caused a mental break.

Whatever the cause, Leonarda’s chilling deeds will raise the hair on the back of your neck and leave you wondering if those around you are capable of the same evil.

Follow along her twisted journey that’ll make you question how much one person can take before they do the unthinkable… or if her tragedies were simply an excuse for murder, desecration, and turning remains into cakes and soap. Read and judge for yourself in this true account of Leonarda Cianciulli, the superstitious mother who turned victims into soaps and cakes.