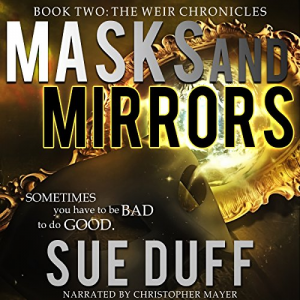 Ian Black's commitment to safeguarding Earth has come at a price. His career as an illusionist is at a standstill and attending to the planet's needs has distanced him from his best friend, his guardians, and the woman he loves. When presented with an opportunity to perform, Ian seizes the chance. But moments before he takes the stage, Ian encounters the mysterious Jaered and a rebel force fighting to protect Earth alongside the Weir.

Jaered is determined to stop a malevolent Weir from releasing a drug capable of wiping out the last vestiges of their race and plunging Earth into self-destruction. But when Jaered is willing to sacrifice an innocent child to obtain the drug for himself, Ian risks everything to uncover the secrets of the rebel forces and their true intentions for Earth's survival.