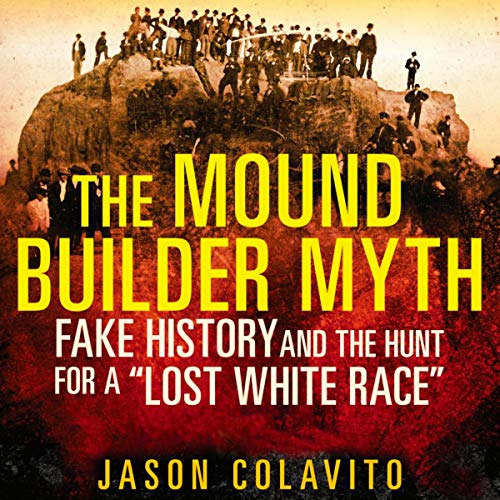 THE MOUND BUILDER MYTH tells of a forgotten chapter of American history - but one that sounds like the Da Vinci Code as it plays out at the upper reaches of government, religion, and science. As far-fetched as it now might seem that a lost White race once ruled prehistoric America, the damage done by this “ancient” myth has clear echoes in today’s arguments over white nationalism, multiculturalism, “alternative facts", and the role of science and the control of knowledge in public life.

Thomas Jefferson virtually invented modern scientific archaeology when he conducted the first excavation of an Indian mound on his own property near Monticello, and he concluded that the earthen mounds were the work of Native Americans. In the 1894 report of the Bureau of American Ethnology, Cyrus Thomas concurred, drawing on two decades of research. But in the century in between, the lie took hold, with presidents Andrew Jackson, William Henry Harrison, and even Abraham Lincoln adding their approval and the Mormon Church among those benefiting.

But Native Americans suffered horribly; the myth was used to justify their forced relocation, including the notorious Trail of Tears atrocities, and their mass murder through numerous attacks and massacres -- and even after the Indian Wars, it was referenced in the vicious suppression of Native culture and language for the rest of the 19th century and well into the 20th.