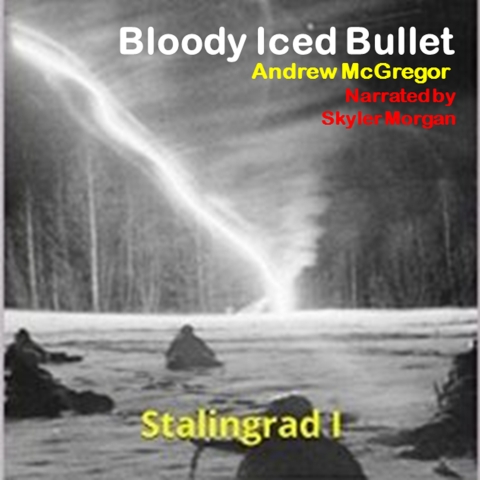 Leutnant Hausser, a young experienced infantry officer with the 76th Infantry Division is assigned with a handful of men to the south of Stalingrad. As the fighting heightens in the city, the officer and his men are sent to bolster the defences of their allies, the Romanians.

The front is relatively quiet, most believe the Russian Army is finished. The end of the bitter war in the east may only be days away.

Thinking of loved ones and home, they await the conclusion of the battle, comforted by promises that the victorious outcome will decide the war…that it will soon be all over. It may only be a matter of time before they see their families again.

Daily life has become more relaxed, in warm bunkers and well dug defences, they write letters and socialise with their allies. It may soon be time to go home.

As the German Sixth Army discovers just how vicious the fighting in Stalingrad can become, they take troops from their flanks in final attempts to take the city before the onset of 'another bitter Russian winter.' One last push will finish the Russians once and for all.

The German Air Force, the Luftwaffe, has virtually driven the Red Air Force from the skies.

The Russian high command, STAVKA, are secretly planning to turn the tide of the war in the southern sector of the front as they see the weaker German allies occupy defensive positions either side of the city that holds Stalin's name. As the Russian offensive engulfs the flanks around Stalingrad, the young officer and his men desperately begin a battle for survival against bitter temperatures and time, oblivious to what the overall picture may be…and what their future holds.

Not everything is as it seems in the deepest cold of winter as a small group of men combat nature and a vicious and cunning enemy motivated by revenge to survive and escape.

With temperatures dropping to minus 25 to 35 degrees Celsius and a vicious struggle for survival against both nature and the cruelties of war, the portrayal of individual human reaction to fate and historical events is a gripping insight into the soldier on the frontline, thousands of miles from the decisions that will forge their individual destinies.

Having spent thirty years studying World War 2 and in particular, the Russian Front, these offerings are based on historical fact. The characters are fictitious, attempting to portray a realistic account of what the battle would have been like for individual soldiers. All units and actions are in accordance with actual events, including propaganda, deployment and individual division engagements.

Bloody Iced Bullet is available as an E-Book on Kindle, paperback in US book stores and via mail order across the world.

The author aims to provide a thoroughly enjoyable and imaginative reading experience at an affordable price for the reader. All three works from the author's World War 2 Series concentrating on Stalingrad have achieved Best Seller status on Amazon in the UK and many more stories are outlined.