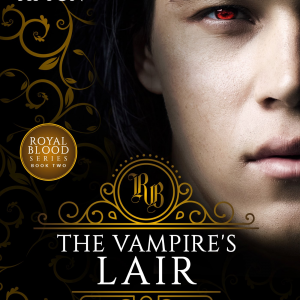 He's searching for truth. She's protecting what she loves. Together, they'll run hand-in-hand towards danger, no matter what the cost.

Robin Ballard has dedicated her life to protecting the endangered birds which are her last link to her family. After another major defeat, she decides it's time to make a big change: find a sire and become a vampire. But her plan is derailed when she discovers that being a vampire means being controlled by the vampire who turns her, and her sire isn't interested in treading lightly.

Vampire prince Danny Dal is the best investigator in the business. When his king sends him to explore a secret, vampire pleasure palace, he expects just another day at the office. But when Danny discovers that the palace's beautiful exterior hides a twisted secret, he must put his burgeoning feelings for the lovely Robin aside. Together, Danny and Robin must rescue the imprisoned vampires from their sire's sinister commands before it's too late.

But can one prince and one newly-turned vampire stand a chance against an entire army of brainwashed troops?

The Vampire's Lair is an adult paranormal romance. If you like passionate environmentalists, mind-blowing lovemaking, and a villain you'll love to hate, then you'll adore the second installment of the sizzling Royal Blood series.

The Royal Blood books may each be listened to as standalones.