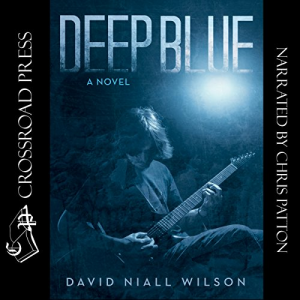 Brandt is a down-and-out guitarist and vocalist who believes his life has hit rock bottom. He can't make the rent on his apartment, and he drinks so much he can barely make it to the crappy gig that keeps his band afloat, let alone play when he gets there. When he leaves the bar one dark night with a bottle of Jose Cuervo in one hand and his guitar case in the other, he finds he's locked out of his apartment with nowhere to go.

In an alley filled with trash can fires and vagrants, Brandt meets Wally, an old black man who can play the music that Brandt dreams of - the blues. In the ensuing encounter, Brandt is gifted - or cursed - with new abilities. He feels pain building up around him and inside him. Not his own pain but the pain of others, the pain of those who have passed away, the pain of those who died with no one to hear their stories. He becomes a conduit for the pain of the world.

What follows are a series of revelations, one for each member of the band and one for a young girl named Liz, drawing them together and ultimately reuniting them with Brandt. Together, Brandt, Sinthia, Shaver, Dexter, and Liz take off to the mountain town of Friendly, California, for a date with pain, destiny, and a silver-haired reverend who would like to see them dead. In the final showdown, they must meet the challenge of the music, the pain, and their mingled histories and stand, or fall, with the pain of the world in the balance.