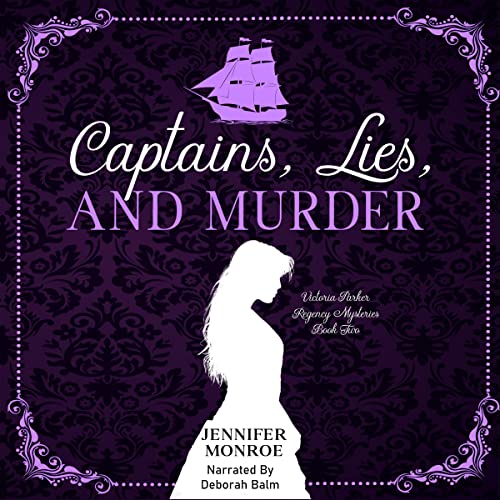 A month after solving the murder of the Duke of Everton, Miss Victoria Parker is ready to indulge in a week of leisure. And what better setting than the quiet solitude of the farm belonging to the brother of her assistant, James Kensington? Although the getaway sounds promising, it does come with two caveats: Victoria and James must keep quiet their budding romance, and they must play guardian to James’s eighteen-year-old niece, Dinah, a task to which Vicky readily agrees.

And a decision she will soon regret.

On their first morning on the Kensington Farm, Captain Walter Rummings is found murdered. Worse still, the local constable has cast suspicion on Dinah, causing James to fret. After all, if Dinah’s name is ruined, no worthy suitor will every come to call. Not to mention the likelihood of a sojourn to the gallows.

With the Kensington name - and Dinah’s life - on the line, Victoria sets out to solve the murder of the captain, a task far more difficult than she first believed. The man had more enemies than friends, and finding buried treasure may prove easier than learning “whodunit”.

As Victoria delves deeper into the mystery, she also finds herself struggling to navigate her increasingly complex feelings for a despondent James. As the clock ticks faster, Victoria races to save not only her heart, but also the family name of the man for whom she cares deeply.

A cozy, romantic Regency murder mystery that will keep you guessing til the end.