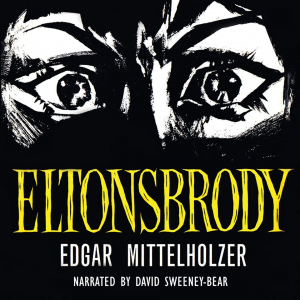 When Woodsley, a young English painter, arrives in Barbados and finds no lodging available, he thinks himself fortunate to be invited to stay at Eltonsbrody, a mansion belonging to the eccentric widow Mrs Scaife. But behind the locked doors of the house’s disused rooms lurk terrible secrets, and soon strange and blood-curdling events begin to unfold. The tension builds towards a shocking and unforgettable conclusion, when the full horror of Eltonsbrody will be revealed.

One of the most prolific and important of 20th-century Caribbean writers, Edgar Mittelholzer (1909-1965) was at his best in Gothic novels like My Bones and My Flute (1955) and Eltonsbrody (1960). This first-ever reissue of Mittelholzer’s weird and chilling tale includes a new introduction by John Thieme.

"One of the modern giants of Caribbean writing." (Caribbean Writers)

"A sanguinary essay in the macabre." (The Crisis)

"An original writer with a great command of language and atmosphere...true imaginative power." (John O’London’s Weekly)