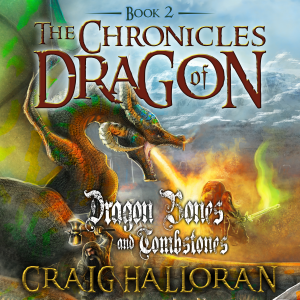 Nath Must Defeat The Evil Within Himself
Determined to reverse the evil of his dragon arm, Nath Dragon ventures deep into the Shale Hills with Brenwar the Dwarf in an attempt to rescue more dragons. But those treacherous hills hide troubles he’s never imagined.

??? Forced To Face Death
Against their will, Nath and Brenwar are forced to retrieve a powerful artifact from an ancient graveyard. And where there are graveyards there is death, chaos and destruction.

??? Against The Dragon Hunters
Meanwhile, the most notorious dragon hunters of all, The Clerics of Barnabus, begin their plot to take Nath Dragon down.

??? A Matter Of Life and Death
With enemies cropping up around every corner, can Nath Dragon survive without killing? Can he outwit the goblins, ghouls and other monstrous things? Will the guardian on the mountain be more than he bargained for? How many dragons must he save, anyway?