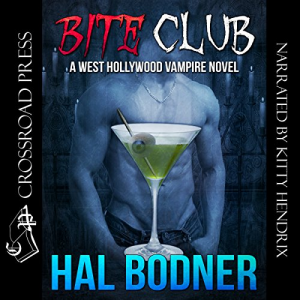 Welcome to West Hollywood. The Creative City. Liberal and welcoming. Free from discrimination and hatred. A safe place to live if you’re gay.

Someone in town has a macabre passion for beautiful young men. Healthy, gym-toned male bodies keep turning up, tortured, drained of blood, missing parts, and quite, quite dead. Someone is using the Creative City as a canvas of gruesome, sadistic creativity. Someone is using West Hollywood as a warped psychotic playground. Someone... or something.

WeHo city coroner Becky O’Brien is helpless to stop the accumulation of gym-toned corpses. At the end of her investigative rope, Becky calls upon the aid of an old college friend, Christopher Driscoll, who is an expert on serial killers. Rushing to her aid, Chris arrives in WeHo with his quirky boyfriend Troy in tow. Prowling the dark alleys and cruisy bars of WeHo in search of the psychotic fiend, the trio soon realizes that something possibly not human has taken up residence in Boys' Town - something with an insatiable hunger for the flesh and blood of hot young men.

Following the trail of mangled corpses, Becky has another realization - nothing is what it seems. Even her old friend Chris has secrets... dark secrets.