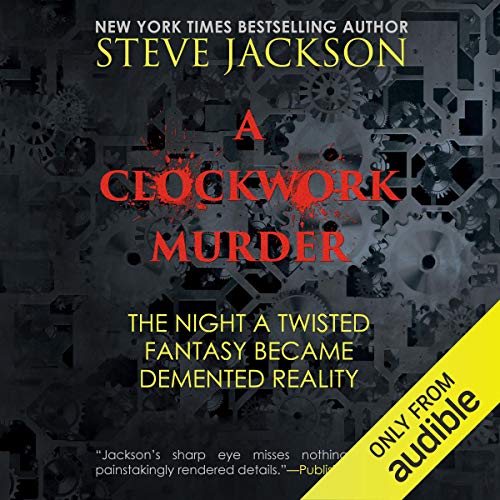 A CLOCKWORK MURDER: The Night A Twisted Fantasy Became A Demented Reality

They thought about their evil fantasy for months. Then wound up like clockwork toys ... they acted. In April 1997, pretty, 22-year-old Jacine Gielinski stopped her car at a red light in Colorado Springs, Colorado. She had no idea that the two young men looking at her from the car next to hers would in that moment decide she would be their target for unspeakable horrors. George Woldt and Lucas Salmon were an unlikely pair of best friends, much less killers. Woldt was a fast-talking, well-dressed ladies man who boasted of his sexual conquests. Salmon was deeply religious, and socially misfit, obsessed with losing his virginity. Woldt was the leader, Salmon his willing follower, but neither had been in serious trouble with the law. However, inspired by the cult movie, A Clockwork Orange, with its dystopian violence, they fantasized for months what it would be like to abduct, rape, torture and murder a woman. Then, aroused by watching ultra-violent pornography, they decided to act upon their evil thoughts. Revised and updated with a new afterword from the author, A CLOCKWORK MURDER recounts the steps that led to an unthinkable crime and its impact on a community, as well as the friends and especially the parents of an innocent young woman who paid with her life for being in the wrong place at the wrong time. From The True Crime Library Of New York Times Bestselling Author Steve Jackson