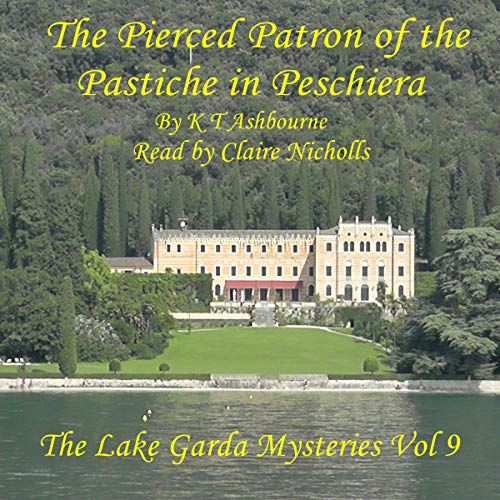 The Pierced Patron of the Pastiche in Peschiera: The Lake Garda Mysteries Vol 9

The Lake Garda Mysteries Volume 9 – The Pierced Patron of the Pastiche in Peschiera. Twenty-year-old amateur sleuth Kim is summoned by her fiancé in the Carabinieri to once again come to their aid in solving an excruciatingly difficult case. An innocent woman has been brutally murdered, and the only credible suspect, her husband, has a solid alibi. Having exhausted every lead and route of enquiry, the forces of law and order reluctantly turn to their last resort, and appeal for assistance from that most unlikely of sources, Kim. In her usual chaotic and sociable style, Kim sets out on her noble quest for justice. Once she is on the trail, it is inevitable that the culprit will be cornered and caught. There may be a few deviations along the way, and even some comedic situations, but she will collar her villain in the end.