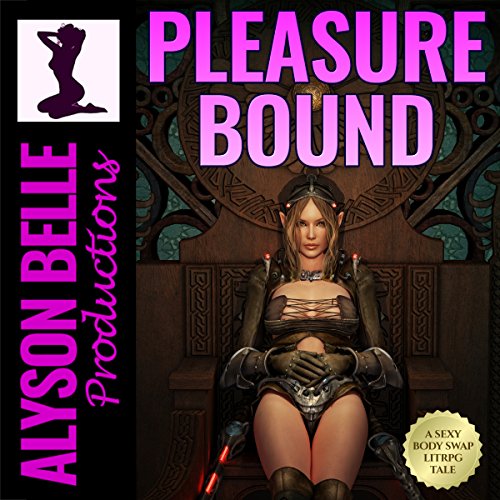 In the hyper-realistic player versus player MMORPG Fantasy Realms Online, Kromgorn the Barbarian remains trapped alongside his friends by the evil schemes of the Lich-Lord. But despite finding a temporary way to fight back against their enemies in the Secret Order, he's still stuck in the avatar of a simpering Courtesan named Lacey - a female character that was designed exclusively to get down and dirty with the in-game pleasure system.

When the Lich-Lord's lackeys use a dirty trick to capture his best friends and guildmates, Kromgorn - now Lacey - is forced to learn some dirty tricks of her own, since she's the only one left around to rescue them! What's a helpless little girl to do in a man's world? But Krom isn't one to back down from a challenge, even if he is humiliatingly ineffective as Lacey. He sets out with his raunchy halfling pal Erlix to rescue his friends, no matter what he has to do to save them.

Can he rescue his friends and discover the Lich-Lord's evil plan before real-world events conspire to trap them in the game forever? If he doesn't hurry, he might end up living in Fantasy Realms Online as a cute little Courtesan for the rest of his life...and the most worrying part of all is that he might be starting to like that idea.

With tons of humorous, gender-swapped fantasy action and some VERY steamy scenes, this book is intended for mature audiences who enjoy FF and MF encounters with lots of gender-bending fun.