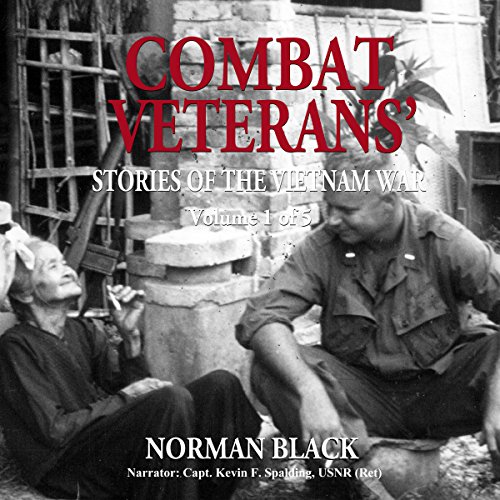 This volume of Combat Veterans' Stories of the Vietnam War contains stories told by 14 men that fought in the Vietnam War in branches of the US military and the Australian Army. The first begins in February 1962, with a US Air Force pilot that trained South Vietnamese flyers and flew covert air support for South Vietnam’s military. The final story is told by a US civilian, previously a non-combat US Army Armor officer, who worked, beginning in 1966, for the US Agency for International Development (USAID); the Chieu Hoi Program, in II Corps; CORDS; ICEX; and the Phoenix Program, and also held the equivalent rank of major general.

Other stories in this volume include those of a US Marine infantryman and a US Navy jet-fighter pilot who endured horrendous conditions as POWs. Volumes 1-4 of this series contain combat experiences told by 57 Vietnam War veterans. Volume 4 also contains information about the armed forces of nations allied with the US that fought against North Vietnam. Volume 5 contains 22 reports, including the US government’s explanation for the war, a review of the war and US armed forces in it, POW treatment, MIAs, the CIA and the drug trade, war crimes, PTSD, moral injury, and history lessons not learned.