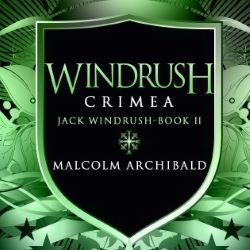 Malta, 1854. Jack and his disreputable 113th Foot are stationed in Crimea. A lieutenant in British Army's worst regiment, Jack hankers for recognition to regain his true station in life.

At the Battle of the Alma, Jack is sent to General Campbell of the Highland Brigade to offer the assistance of the 113th. After burying the dead, he meets the beautiful Helen Maxwell, but soon after receives orders to leave the country.

Facing the formidable Russian army led by the savage Major Kutozov, Jack learns that life in the front line is tough, with only the wayward Helen to alleviate the horrors of war.