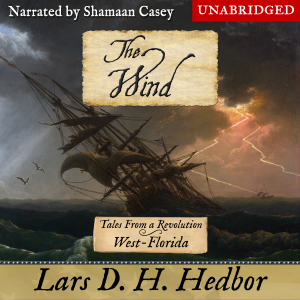 The Wind: Tales From a Revolution - West-Florida

Gabriel is a simple sailor, doing the bidding of his Captain and King, when he is swept up in a storm that changes his life in ways that he could never have anticipated. Carlotta yearns for her lost home, and is searching for her lost husband, but both remain elusive in a world that has been turned upside-down by forces far outside of her control. When the storm that is Governor Bernardo de Gálvez breaks over them both, neither will ever be the same -- and nor will their world.

The Wind is set in the often overlooked colony of West-Florida from the Tales From a Revolution series, in which each standalone novel examines the American War of Independence as it unfolded in a different colony. If you like enthralling stories of forgotten parts of familiar history, you’ll love The Wind.

Grab your copy of The Wind today and gain a whole new appreciation for the reach of the American Revolution!