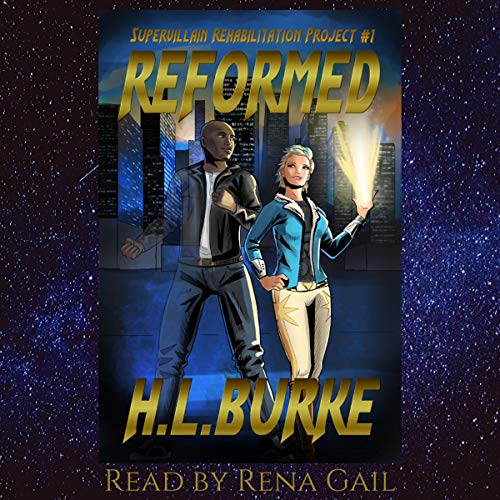 Once a villain, always a villain?

Optimistic and idealistic superhero Prism is determined to redeem her father’s legacy by rebooting his super villain rehabilitation program. To do so, she sets her sights on Fade, the relapsed super villain who was the reason the government canceled the original program in the first place. However, when she petitions for Fade to be released into her custody, she finds out things might not be as simple as she thought.

Convicted of an unforgivable crime, Fade received a choice: Surrender to trial and possible execution or endure a memory erasure so he could start fresh. Now with no recollection of his time before incarceration, Fade doubts he has the ability to be anything but the villain the public believes him to be.

A series of attacks by a mysterious power-swapping villain points back to Fade’s past and the crime that cost him his freedom and memory. With her father's legacy and her own reputation on the line, even Prism has to wonder: Can villain truly be reformed?