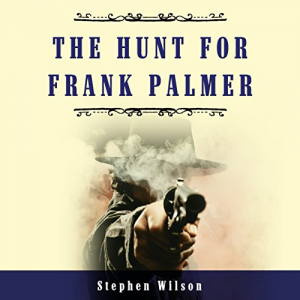 The Hunt for Frank Palmer

Former bank robber Frank Palmer, now living under the assumed name Mark Cross, has been in hiding from the law for nine years, building a life as a rancher with his adopted son in Redemption, California. But the outlaw's secret life is beginning to unravel. His old gang has started hitting banks and trains without him, creating renewed interest in the whereabouts of Frank Palmer. The aging town sheriff has recognized Palmer but has promised to stay silent if Palmer agrees to put his gun at the service of the law. The Pinkerton Detective Agency is trailing his old gang which is heading in Palmer's direction. Further complicating his life, a new woman in town, mysterious and beautiful, has taken a keen interest in the young rancher and won't stop until she knows everything about him.

This is a continuation of the Frank Palmer stories. It is a complete story and you do not have to listen or read the first book, Redemption: A Western to follow the non-stop action in The Hunt for Frank Palmer.