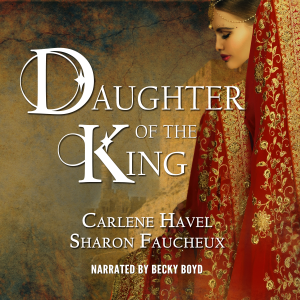 Daughter of the King

A heartwarming story about the resilience of true love, inspired by a biblical account of greatness, courage, and foretold prophecy... Princess Michal was the youngest daughter of Saul, the first king of Israel. In an age when fathers arranged marriages, Michal dared to fall in love with a handsome young musician named David, from the little town of Bethlehem. As recounted in the Bible, Michal helped David escape from her insanely jealous father. King Saul punished his daughter with forced marriage to a distant war lord. Princess Michal unexpectedly returns from seven years of exile to find a changed world. Most of her relatives are dead. David has become King of Judea. He has acquired six additional wives, one of whom is a princess from Geshur. Michal longs to have a son to reign over Israel and reestablish the rule of King Saul's heirs. But each royal wife has hopes of placing her own son on the throne. Can Princess Michal's love for King David survive war, madness, infidelity, and betrayal?