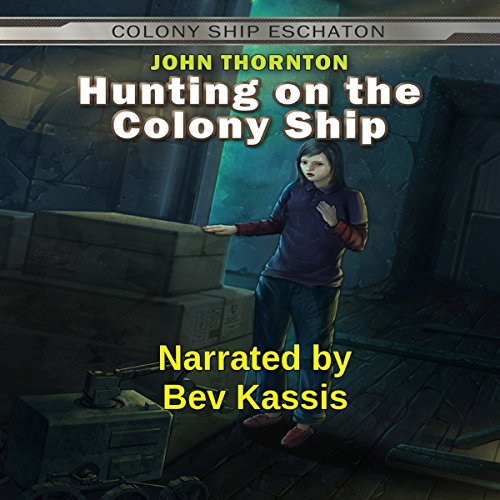 Hunting on the Colony Ship

This is book four of the series.

The giant Colony Ship Eschaton has numerous habitats with animals, plants, and people, all of which should be in balance as it makes its generations long journey to another solar system. One of those people is Tamar, a young woman who was born on board and is growing up in the town of Media.

Because of failures in past generations, both human and mechanical, most people born on board the Eschaton do not even know they are inside a colony ship. Technology has been lost, societies have crumbled, and dangers abound. People struggle just to survive.

Tamar is gifted with machines, but that is not a blessing in the town where she lives. She has a frightful encounter in the night and is forced to flee everything she knows. She hunts for her freedom, and she hunts for answers to who she is.

She runs away and encounters Michael and Jamie, two of the Dome 17 refugees who escaped the dying Earth and are trying to keep humanity alive in the Colony Ship Eschaton. Jamie and Michael are also hunting for answers about the old ship's systems, and are hunting for keys to unlock its secrets. But some things do not want to be found.