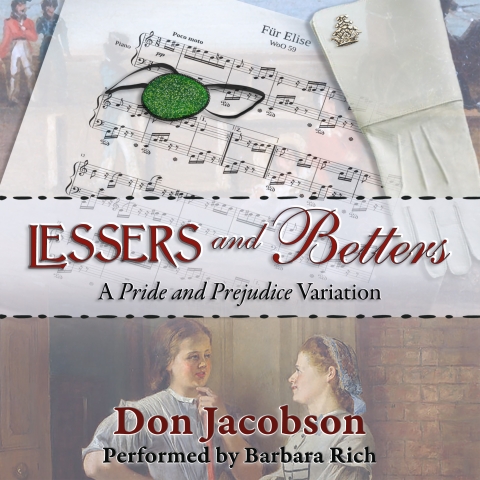 Of Fortune's Reversal: A Pride and Prejudice Variation

A brisk early November Hyde Park morning is shattered by a child’s scream. How two adults react in those next few desperate moments sets the plot in motion in this Pride and Prejudice alternative focusing on 21-year-old Kitty Bennet.

Of Fortune’s Reversal is a novella-length tale based upon an inversion of Mrs. Bennet's exclamation that with one good marriage, the other girls will be thrown in front of rich men. For more than two centuries, the Jane/Bingley: Lizzy/Darcy tetrarchy has been portrayed as the solution to Mary and Kitty's marriage difficulties, not to mention Mrs. Bennet’s housing requirements. But what if that was not the case?

What if Mr. Bennet dies just as Jane is receiving the Bingley sisters' invitation to dinner?

No rainy-day horseback ride. No cold for Jane. No Elizabeth coming to Netherfield to nurse her elder sister...so no links forged in any way with Bingley (beyond what he felt for Miss Bennet at the Assembly) and Darcy (no fine eyes, no walk around the library, etc.).

No proposal from Collins because he was already wed to a shrew who convinced him to evict the Bennet women. So no trip to Hunsford cottage for Lizzy because Charlotte remains a spinster at Lucas Lodge.

Rather, the Bennet women are forced out of Longbourn - the older girls to Gracechurch Street and ultimately taking up employment away from the city. The two younger girls remain in Meryton with their mother, to be sent away to seminary for some much-needed formal education.

But the death of Thomas Bennet has changed more than the family’s financial fortunes. It has also bent the arc of the Pride and Prejudice universe.