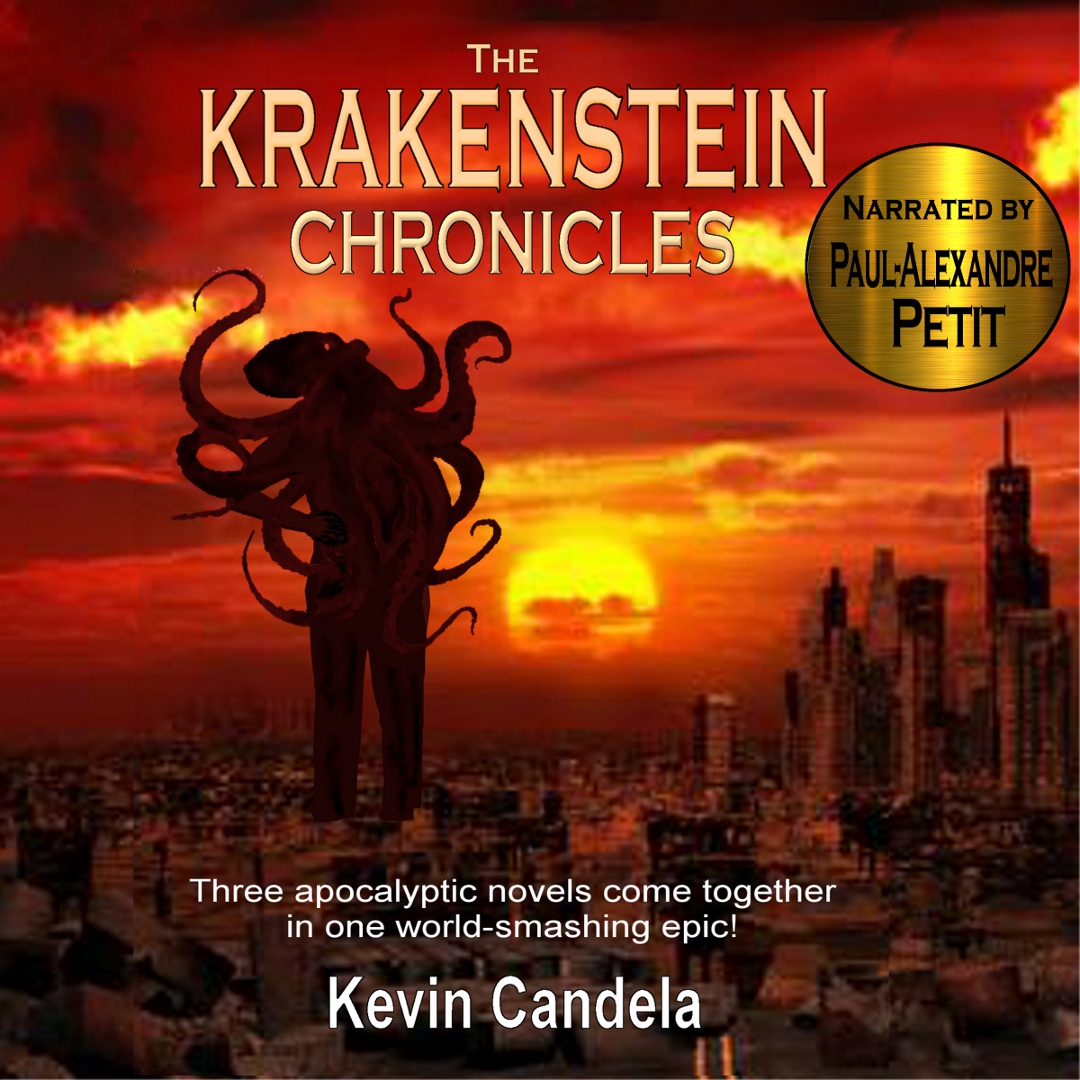 Here, for the first time, is the complete saga of Krakenstein, the titanic mutant who's out to save the world, whether humanity likes it or not.

Noble environmental scientist Dr. Max Shepperton's bizarre transformation from nerdy human being to a 300-foot-tall squid-headed monster seems a great tragedy, until the world realizes that his Godzilla-sized new form might be the one thing that can prevent the Earth's vengeance against greedy corporate profiteers from bringing about the extinction of Shepperton's former species - the human race.

Heroic renegades Jeremiah Savage and Key Sharlayne find themselves along for the ride as Key's sister Deanna, determined to help Max, takes things to an even more cataclysmic level.

Loaded with immense monsters bent on laying waste to everything they can't eat, this "destroy all humans" trilogy is packed with action (and over a dozen monsters), driven by sharp dialogue and characters and just the right medicine for our 21st century culture, whose scientists and altruists are up against dire capitalists like just like Argiss Valance and Errol Magnus, who callously ravage the world as the heroes fight for a future that won't leave them smashed flat in a bus-sized footprint.