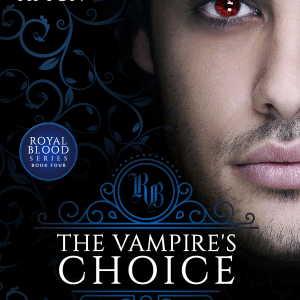 A vampire princess desperate to atone for her past mistakes. A hunky hermit with a plan to change the world. In their quest to save their people, can they also save themselves?

Valerie Dal has spent centuries helping victims of the hortari, the mind control which compels vampires to follow the commands of their sires. But her efforts are never enough. With hope fading, Valerie ventures out to meet up with a vampire with a wild theory: the hortari may not be as permanent as vampires have always believed. When Valerie follows this stranger to a cave of magical trials, will she sacrifice more than she anticipated?

Centuries ago, Mickey Shive's sire forced him to commit an act of evil using the ruthless mind control of the hortari. Wracked with guilt and self-loathing, Mickey has dedicated his life to finding a way to free his people. There's only one problem: nobody believes he's found it. When a gorgeous princess comes to hear him out, he's ready to believe redemption is possible. But Mickey's dream soon turns into a nightmare when he learns the sacrifices he must make to save the day.

The Vampire's Choice is an adult, paranormal novella. If you like daring rescues, magical hijinks, and a love that will set you free, then you will love this epic finale to the sizzling Royal Blood Series.

The Royal Blood books may each be listened to as standalones. However, you may find they are best enjoyed in the following order: