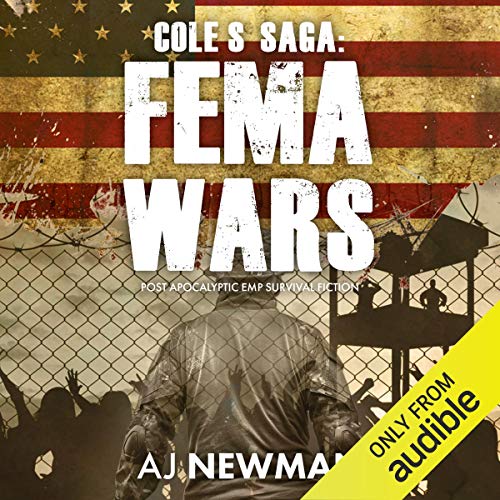 In the first book, Cole and his friends were abducted and then escaped from the FEMA slave camp. Cole was surrounded by three beauties, and then Cole married Gemma. Jack had caused the deaths of two of their friends plus most of the group were wounded in a disastrous fight.

The second book starts with the team having to hold up their travel to allow the wounded to heal. Jack continues to second guess all of Cole’s decisions. They continue to fight off criminals and FEMA as they save some good people. FEMA plans to start a new country under their control. They need slaves to work in the factories, mines, and farms.

Cole has a personal tragedy caused by the death of someone close to him. The group suffers more wounds and deaths as they struggle on their trip to Oregon. Cole grieves over his losses but is consoled by a dear friend. With death and destruction all around them and FEMA close behind them, will they survive?

Listen to FEMA Wars to find out who lives or dies and if they make it to Oregon.