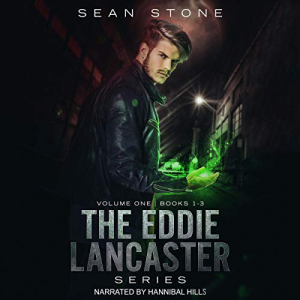 My name is Eddie Lancaster. I've outfought vampires, outplanned seers, taken on the fairy kingdom, and even created my own species.

I've been on the run since I was a teenager. I have the unique ability to siphon magic out of anyone and anything. My former mentor wanted me to put my talents to work for her gain. When I refused she murdered my parents. She's been after me ever since.