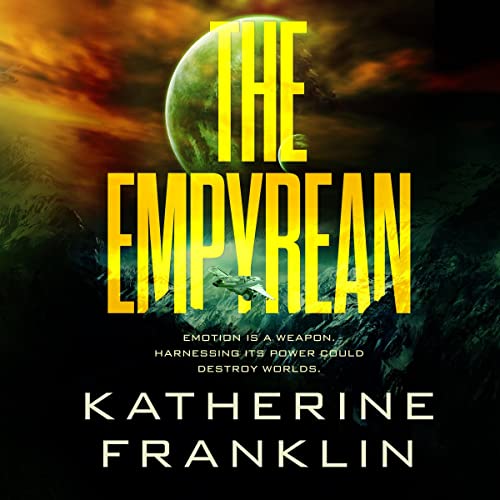 Emotion is a weapon. Harnessing its power could destroy worlds.

Palia’s emotions are in turmoil. After watching her son succumb to Empyrean fire, she barely escapes the same fate. Guilt-ridden and alone, she will not stop until his killer is brought to justice.

The Protectorate forbids Ferrash to have emotions. That suits him, since he cannot avoid the people who control the Empyrean. Making this sacrifice prevents them from hijacking his feelings and using them as a weapon against him.

When Ferrash spots Palia’s ship venting atmosphere, he is forced to save her. Having an enemy from the Hegemony on board could see him accused of treason. But when the Empyrean reveals its potential as a destroyer of worlds and Palia’s link to it, Ferrash knows he can’t let her leave.

With billions at risk of succumbing to the Empyrean weapon, can the enemies join forces and prevent the same fate that killed Palia’s son?

The Empyrean is the first book in the Galaxy of Exiles series, a science-fiction space opera about a galaxy under the pall of weaponized emotions. Immerse yourself in a detailed universe of heroes, villains, and more. If you like thrilling futuristic action, you'll love this.