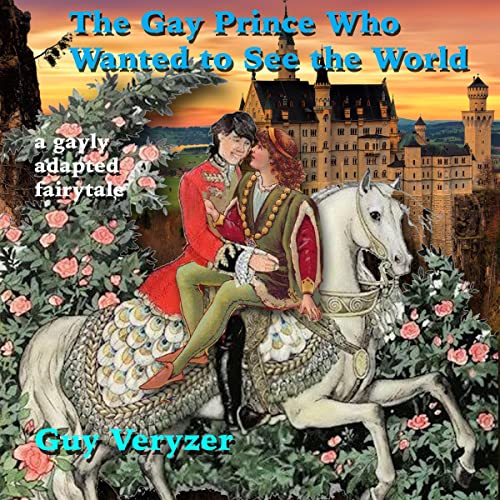 The Gay Prince Who Wanted to See the World

Once upon a time, long, long ago, in a land far, far away, there lived a very manly king, who had only one son who was named Arron. This prince was not as manly as the king might have liked; indeed, he was quite certain the lad had no taste for princesses. In fact he noticed the way his son's gaze lingered on comely stable boys and many of the handsome knights of his court. The king suspected this was why his young son begged his father from morning till night to allow him to travel in far countries. The prince said was in need of adventure and learning. But the king thought some of those adventures would be for romantic learning.

My new story was adapted from a old Portuguese story. My version has been heavily adapted to create a new creative work for a young gay audience and includes new section titles.