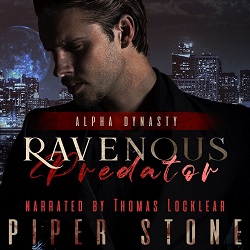 Three brothers down. Two remain. Two, that if they don't find their fated mates by New Years Eve, will lock the country's most powerful mafia family into a lycan curse forever.

For decades they've been able to function as both men and beasts. However, if the clock runs out and they still all haven't found their partners for life, they will revert to their beast form only.